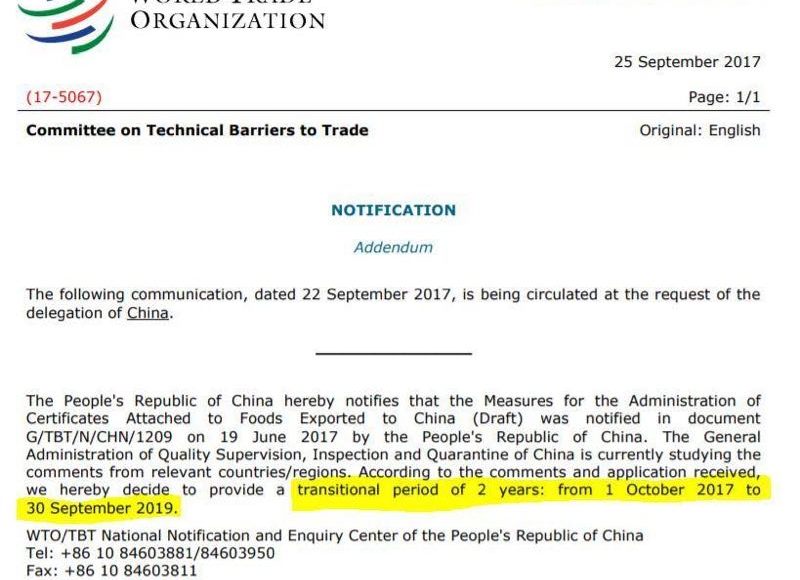 As it was highly expected, China applied for a 2-year  transitional period for the so-called Harmonized Certificate. This basically means that only from Ocotber 1, 2019 importation of food products shall be subject to such Harmonized Certificates. This has been reported officially by WTO (see picture)

In a previous post  we had analized the scope of such new certificate, as well as potential impact on food importation operations.

Authorities of Countries exporting food to China now shall start to work on preparing drafts of such new certificates – which shall also be in Chinese language – and submit them in due time to AQSIQ. As food products are usually under the jurisdiction of different authorities even within the same Country, coordination and consistency shall be one of the main difficulties for both exporting Countries’ authorities, and AQSIQ (which very likely will be flooded by drafts and documents…).

2 years seem long time, but they may be not enough in the end…